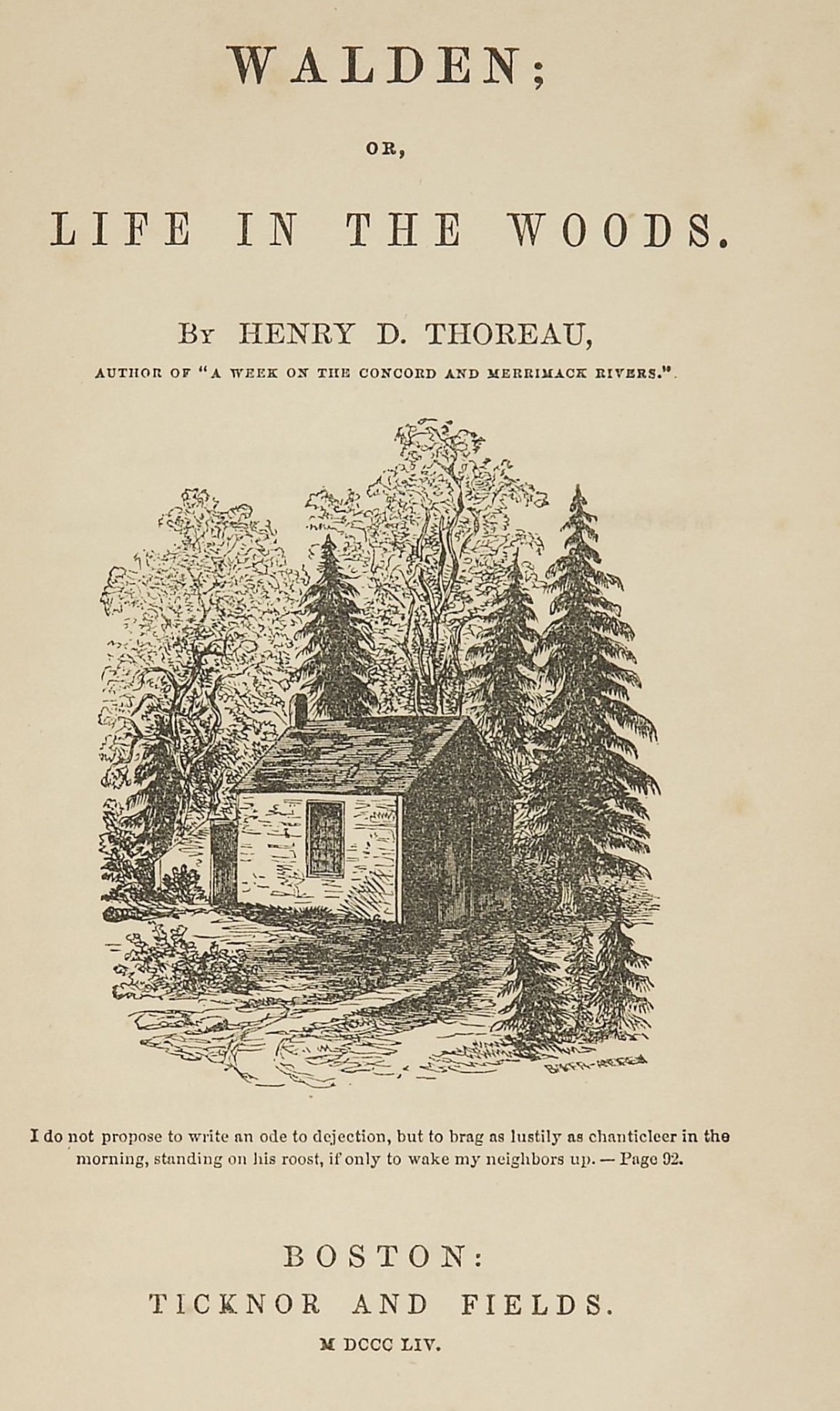 In around the year 1850, a man of 30-something years by the name of Henry took the advice of another man known to his friends as Ellery.

Written down in a letter from Ellery, the young man Henry read;

I see nothing for you on this earth but that field which I once christened ‘Briars;’ go out upon that, build yourself a hut, and there begin the grand process of devouring yourself alive. I see no alternative, no other hope for you.”

Henry, a young and impetuous man, took the rather poetic advice as slightly more than metaphor, and cast his lot in the direction of a location not far from Concord, Massachusetts. It is known to this day as Walden Pond, a name that might be a bit more familiar with fans of classic literature. A book was written documenting the two years, two months and two days that Henry spent in the vicinity of Walden Pond, and the book opens with the following passage.

I went to the woods because I wished to live deliberately, to front only the essential facts of life, and see if I could not learn what it had to teach, and not, when I came to die, discover that I had not lived. I did not wish to live what was not life, living is so dear; nor did I wish to practise resignation, unless it was quite necessary. I wanted to live deep and suck out all the marrow of life, to live so sturdily and Spartan-like as to put to rout all that was not life, to cut a broad swath and shave close, to drive life into a corner, and reduce it to its lowest terms, and, if it proved to be mean, why then to get the whole and genuine meanness of it, and publish its meanness to the world; or if it were sublime, to know it by experience, and be able to give a true account of it in my next excursion.”

If by now you have yet to guess, Henry is in fact Henry David Thoreau (1817-1862), a contemporary of Ralph Waldo Emerson and Ellery Channing, a poet, essayist, philosopher, author, historian, civil authority and transcendentalist of the first order. “Walden: A Life in the Woods” or these days more commonly known just as Walden, is Thoreau’s seminal work (along with a much-cited essay entitled “Civil Disobedience”) and describes the two years and two months Thoreau spent in the woods surrounding Walden Pond. It is written as if it was one year, with the metaphor of the seasons being used to reflect passages of time and the differing in his thought process.

Walden is by no means an easy read. I have a great many leather-bound books in my collection (and, before you ask, yes, my room does smell of rich mahogany) and not many compare in difficulty to this fine tome. My progress with this book has been slowed substantially due to it requiring one to feel absolutely alert, and focused. Without this it is difficult to keep up with Thoreau’s repartee. He writes in what is colloquial language of the 1800’s, with regular usage of simile and metaphor to poke fun at the issues of the time, which seem ever more relevant almost 200 years on.

Regardless of this fact however, the underlying message of Walden is one that deeply needs to be heard, and one that should resonate as strongly with the present day as that of Orwell’s Nineteen Eighty-Four. As Orwell harangues the destruction of our privacy and the exponentially growing use of central propaganda, so too does Thoreau hearken to a simpler time, and he uses the text to philosophise on the true needs of a life lived well. Many quotes jumped out at me from the pages of Walden, most notably within the second chapter “Where I Lived and What I Lived For”;

“To be awake is to be alive.“ In the preceding sentence, Thoreau outlines what he believes are the states of being so-called awake. First that physical capability which is the base state that “the millions are awake enough for”, then beyond that the mental acuity and the intrinsic skill of deep thought that is the domain of “one in a million”. With the final stage (Maslow’s self-actualisation, perhaps?) being that of a “poetic and divine life”. This third stage, Thoreau admits reluctantly, is one he has never seen reached, for if he met such a man as to be fully alive, fully awake, “how could I have looked him in the face?” He would have to avert his gaze, for the admiration one would feel for such a man. It is aspirational.

This is one such paragraph. Every page reads as such. This is barely more than a 300-page book, and yet the wisdom contained within the pages is timeless and ethereal. On reading, Thoreau has to say;

One who has just come from reading perhaps one of the best English books will find how many with whom he can converse about it? Or suppose he comes from reading a Greek or Latin classic in the original, whose praises are familiar even to the so-called illiterate; he will find nobody at all to speak to, but must keep silence about it… And as for the sacred Scriptures, or Bibles of mankind, who in this town can tell me even their titles?”

What would Thoreau say if he were to see the modern-day, where the majority of free-thinking individuals would choose a mind-numbing and soul-destroying LED-generated show-reel over the learnings of millenia? He would speak with the derision of the quote above. This is the reason for emphasising “even the so-called illiterate” – who amongst us has not heard of the Iliad or the Odyssey, those two great works of Homer? Yet can any of us admit that we have indeed attempted to dissect their mastery? Dante Alighieri’s Divine Comedy is another such; who would truly attempt to read a poem that is 3 books in length?

The works of the great poets have never yet been read by mankind, for only great poets can read them. They have only been read as the multitude read the stars, at most astrologically, not astronomically. Most men have learned to read to serve a paltry convenience, as they have learned to cipher in order to keep accounts and not be cheated in trade; but of reading as a noble intellectual exercise they know little or nothing; yet this only is reading, in a high sense, not that which lulls us as a luxury and suffers the nobler faculties to sleep the while, but what we have to stand on tip-toe to read and devote our most alert and wakeful hours to.

Walden is such a book, one that “we have to stand on tip-toe to read and devote our most alert and wakeful hours to.” Yet it is worth every second. It stirs the thoughts, and awakens the mind, in a way that few books do. There is a reason that it is a classic. More will almost certainly come on this subject. 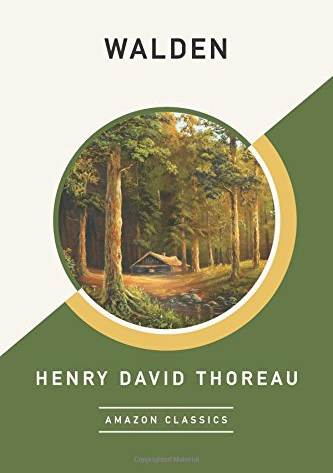 View all posts by Sam Norton